The World’s Favorite New Tax Haven Is the United States 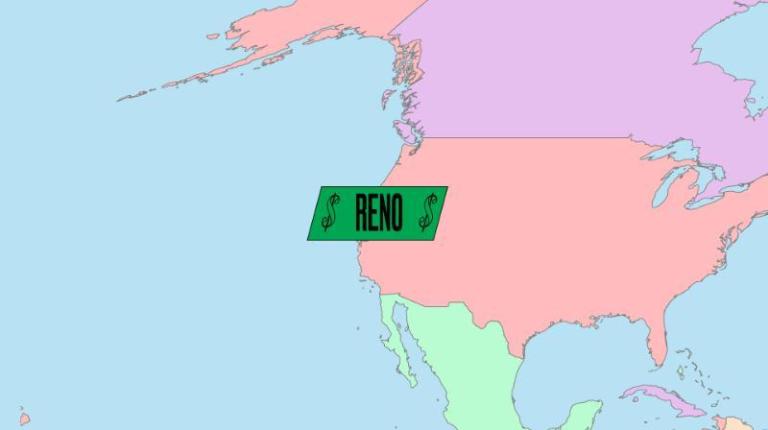 This is the title of a recent article by Jesse Drucker of Bloomberg.

The article starts off:

You can help your clients move their fortunes to the United States, free of taxes and hidden from their governments.

Some are calling the new Switzerland.

This is nothing new.  The United States has been helping foreigners shield their money for a very long time.  In fact, during the seventies and eighties, Delaware capitalized on the heyday of globalization by advertising its services to the world as a pioneer in offshore secrecy incorporations.  See page eight (8) of this report from the Tax Justice Network.

Ironically, though, the United States is not fond of its own citizens escaping the tax man.  Thus, the United States made history when it broke the swiss vaults of bank secrecy, implemented the Foreign Account Tax Compliance Act (FATCA) and even prompted the Organization for Economic Cooperation and Development (OECD) to come up with international disclosure and exchange of information standards of its own.

Inspired by Fatca, the OECD drew up even stiffer standards to help other countries ferret out tax dodgers. Since 2014, 97 jurisdictions have agreed to impose new disclosure requirements for bank accounts, trusts, and some other investments held by international customers. Of the nations the OECD asked to sign on, only a handful have declined: Bahrain, Nauru, Vanuatu—and the United States. (emphasis supplied.)

By resisting new global disclosure standards, the U.S. is creating a hot new market, becoming the go-to place to stash foreign wealth. Everyone from London lawyers to Swiss trust companies is getting in on the act, helping the world’s rich move accounts from places like the Bahamas and the British Virgin Islands to Nevada, Wyoming, and South Dakota.

In other words, the United States did not want to become a player in its own game.

In a draft of his San Francisco presentation, Rothschild’s Penney wrote that the U.S. “is effectively the biggest tax haven in the world.” The U.S., he added in language later excised from his prepared remarks, lacks “the resources to enforce foreign tax laws and has little appetite to do so.”

As previously mentioned, Delaware led the pack among U.S. states offering secrecy to foreign clients.  Delaware seemed to have planted a seed, though, as other states gradually hopped on the Delaware bandwagon and sprouted their own laws regarding client confidentiality.

Nevada is one such state.  As explained by example through a hypothetical client:

Putting…assets into a Nevada LLC, in turn owned by a Nevada trust, would generate no U.S. tax returns, Penney wrote. Any forms the IRS would receive would result in “no meaningful information to exchange under” agreements between Hong Kong and the U.S., according to Penney’s PowerPoint presentation reviewed by Bloomberg.

Of course, this would not be possible if the United States had signed the OECD’s proposal on international disclosure.  Notwithstanding the latter, the trust is a formidable structure when combined with the LLC for reasons that extend beyond anonymity.

Generally, a client settles a trust, becomes a beneficiary of same, and has the trustee open up an LLC.  The assets are then placed in the LLC with the client acting as manager (or not, depending on that person’s risk tolerance and the desired degree of privacy).  In this way, signature authority and control of the assets remain with the settlor of the trust who also acts as manager of the LLC.

If privacy is your goal, however, then it is probably best that the manager of the LLC not be the settlor of the trust.  As alluded to previously, one has to choose between a privacy oriented structure versus an asset protection oriented structure.

Finally, it is most certainly your right to be confidential in your affairs.  As the article notes:

…there is a legitimate need for secrecy. Confidential accounts that hide wealth, whether in the U.S., Switzerland, or elsewhere, protect against kidnappings or extortion in their owners’ home countries. The rich also often feel safer parking their money in the U.S. rather than some other location perceived as less-sure.

“There’s a lot of people that are going to do it,” said Cripps. “This added layer of privacy is kicking them over the hurdle” to move their assets into the U.S. For wealthy overseas clients, “privacy is huge, especially in countries where there is corruption.”

In addition, many people don’t want their friends and family knowing that they won the lottery or received a substantial inheritance.  The trust and LLC structure will solve this problem.

Tax fraud, though, is another issue.  Ethical problems arise and potential liability can occur for those who knowingly help others evade their taxes.  However:

There’s nothing illegal about banks luring foreigners to put money in the U.S. with promises of confidentiality as long as they are not intentionally helping to evade taxes abroad.

Offering secrecy to clients is not against the law, but U.S. firms are not permitted to knowingly help overseas customers evade foreign taxes, said Scott Michel, a criminal tax defense attorney at Washington, D.C.-based Caplin & Drysdale who has represented Swiss banks and foreign account holders.

Editor’s note: I updated the post both for clarity and to intersperse my comments.