The Offshore Trust: A Primer

Still, when used in combination with the limited liability company, limited partnership and other offshore and onshore structures, the offshore trust is a formidable tool that gives you much leverage against a creditor.

As an aside, note that offshore trusts should not be the only thing relied upon to protect your assets (hence the emphasis from the previous sentence).  On the one hand, putting  all or nearly all of your assets in a trust will make your future potential creditors feel like leprechauns about to get their pot of gold — ambitious.  On the other hand, asset protection planning should paint a picture of life planning, i.e. preserving your wealth for future generations, and not the kind of planning that judges and juries will skew as one devised for  debt avoidance; offshore trusts carry that much undeserved stigma.  Therefore, as the saying goes, you should always have more than one arrow in your quiver.

The concept of protecting your assets with a trust has existed for hundreds of years under the common law (as opposed to civil law).  Trusts have withstood the test of time and are established vehicles for invalidating the claims of creditors, or better said, measures of protecting the financial future for your heirs and beneficiaries.  Traditionally, of course, this meant protecting assets that you, the settlor, ceded control and ownership over not for your own benefit, but rather for the benefit of someone else.  And this is how the trust was originally intended to operate: what you do not own cannot be taken away.

Fast forward to today and enter the self-settled spendthrift trust.  Modern trust law has evolved and a handful of offshore jurisdictions, such as the Cook Islands and Belize, and even some U.S. states, now permit this new creature.  The self-settled spendthrift trust allows the settlor to protect his assets against the claims of his own creditors.  In essence, the settlor of the trust is also a beneficiary.

The following illustrates the difference between the traditional and self-settled spendthrift trust: 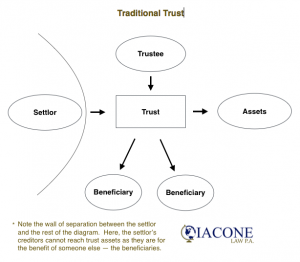 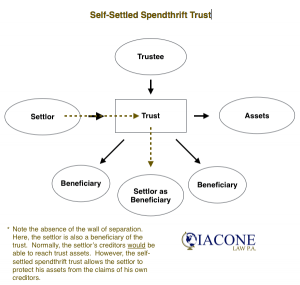 Evidently, allowing one to simply put his assets in trust and remain creditor proof is against the public policy of most U.S. states.  For that reason, offshore self-settled spendthrift trusts are the subject of great criticism by the courts while questions remain to be answered about the true effectiveness of domestic self-settled spendthrift trusts (domestic trusts are subject to the will of the judiciary).  When choosing between the two, generally, and again depending on your individual circumstances, the offshore trust is king.

It has been tried, tested and is not susceptible to influence by the U.S. judiciary.  Any attempt at judicially dissolving the trust or ordering the foreign trustee to turn over its corpus will not succeed, of course, when the trust has been properly structured.  There is much to write on this topic — reasons for the why and reasons for the how — so for the sake of brevity I will focus on two fundamental clauses to include in your trust documents, both of which lend credence to the oft-repeated phrase of this post: a properly structured offshore trust. 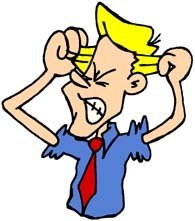 The trustee is the person who administers and manages trust assets.  Given that a trust is basically a three-way contract between the trustee, beneficiary and settlor, provisions can be added to the trust document that provide for advisory and oversight positions, neither of which are the trustee.  One such position can be an investment adviser (in charge of investing trust assets) and another a protector (supervises trustee actions).

Other powers granted to the non-trustee can be quite broad.  For example, the non-trustee may advise or even direct the trustee to distribute trust income in a particular way or to a particular individual.  Furthermore, other powers granted to non-trustees, as can be the case with the trust protector, may allow such person to remove and replace the trustee.  Either way, extreme caution must be exercised when granting these powers, which is why the duress clause plays a huge part in protecting your assets.

First, any person holding such power or influence over the trustee can exercise it to your detriment, both voluntarily and involuntarily.  The typical case arises in the following situation: the person empowered to advise or direct the trustee lives in the United States.  Subject to U.S. jurisdiction, then, the creditor will simply persuade the judge to issue an order directing the power-holder to utilize his influence over the trustee in the creditor’s favor.  Thus, the power-holder may be forced to direct the trustee to repatriate trust assets or even forced to remove the hostile trustee and replace him with one favorable to the creditor.

The person you appoint would probably not do anything to your detriment.  However, faced with contempt of court for not following a judges order, things may be different.  Therefore, any actions this person takes, pursuant to such order, can be characterized as given under duress; hence, the duress clause.

This is where the drafter can get creative.  Duress, as defined in the duress clause, can be construed to encompass not just those with advisory or actual power over the trustee, but rather extend to any beneficiaries who may be under duress.  For example, if a beneficiary’s creditor would be entitled to receive trust income pursuant to a judicial decree, well, the trustee, pursuant to the duress clause, can cease to distribute any income to that particular beneficiary until the creditor goes away. 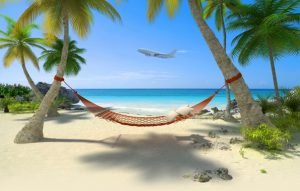 The flight clause is similar in principle to the duress clause: it seeks to buttress the efficacy of asset protection when trust assets are threatened.  If the creditor has exhausted all his remedies at home, is unsuccessful in getting the trustee or other to turn over assets and finds that U.S. courts can do little to remedy the situation, the creditor is left with the following: commencing suit in the offshore asset protection jurisdiction.

This is by no means an easy feat.  Among a plethora of reasons:

A daunting option, nonetheless, seemingly reserved only to the most bold of the creditor bunch.  But let’s assume that your deep-pocketed creditor is up to the task and you anticipate his move; enter the world of the flight clause.

The flight clause allows a trustee or a trust protector (if given this power in the trust documents) to change the situs jurisdiction of the trust and move it elsewhere in the world.  This includes physical location, governing law and even a new trustee.  In other words, the trustee will “let the trust fly” to another area of the world with equal or similar laws on offshore trusts; hence, the flight clause.

The creditor will then have to post another bond, deal with another shortened statute of limitations and pay another attorney — by the hour — to start all over in the new jurisdiction.  By this time it is likely that the creditor, if the case even gets this far, would be more than willing to settle.

The benefits of the flight clause extend far beyond what is written above.  It can also protect trust assets from civil unrest and unfavorable changes in trust legislation and political climate.  In theory, the flight clause can be drafted in such a way that change of the situs jurisdiction becomes mandatory upon the happening of any event that is specified in the trust document.

However, the use of an offshore trust is not for everyone.  The settlor is required to relinquish all or nearly all of their control over the assets and put their faith in an offshore trustee that takes title over same; this can be uncomfortable for some.  In addition, the future potential creditor will no doubt use the United States judicial system — as opposed to a futile attempt at recovery using the offshore courts — to coerce compliance by persuading the judge to hold you in contempt of court if the assets are not repatriated; this can also be uncomfortable for some.

Even then, though, a properly structured offshore trust will avail the settlor of defenses, in particular, the impossibility defense (more on that later).  In the end, it is the circumstances unique to each case that determines whether the offshore trust is the right vehicle through which to protect your assets.