The Good, Bad and Ugly: Choosing Your Trust Protector 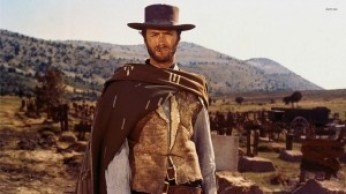 The linchpin of the offshore trust hinges on control — or lack thereof.  In essence, the offshore trust requires that you trust a foreign trustee who will be given exclusive control over your assets.  This separation of ownership must be absolute and anything to the contrary will run against its efficacy as an asset protection and estate planning structure.

This can be an uneasy feeling for some.  Naturally, relinquishing ownership over your assets and placing control in the hands of a stranger is an intimidating proposition; undoubtedly, this is a legitimate cause for concern.  The following questions thus linger in the minds of those considering the offshore trust: Can you trust the trustee? What assurances do you have?

Of course, choosing a trust protector is just as important as choosing a trustee, and great caution must be taken when selecting both.  Many offshore trusts have failed because the appointment of the protector led to significant control issues, i.e. the settlor outright controlled or de-facto controlled trust assets through the protector.  Notably, as in the Anderson Case, the consequences of incorrectly selecting your trust protector can be disastrous.

What follows is a non-exhaustive list of the good, the bad and the ugly, trust protector’s cut:

They have experience.  A reputable trust company or law firm will have served in this position before.  Dealing with trust issues — in their capacity as trustee or protector — is their business and they do it on a daily basis.  In addition, these types of protectors stay attuned to changes in the law and are most professional when confronted with trust matters.  However, due diligence is always required, and a word to the wise would be to do your research.  For example, when choosing an offshore trust company, make sure that it has assets, insurance and is regulated.  Lastly, arguments aimed at control issues would most likely flounder as exerting de facto control over an offshore law firm or offshore trust company is highly unlikely and difficult to prove.

This is an option for those that want more flexibility and/or are sensitive to giving protector powers to an unknown law firm or trust company (due diligence, though, can alleviate this feeling of uneasiness).  Generally, the settlor or the settlor’s friend/family member forms an offshore corporation (ideally, it is best that the settlor does not form this corporation).  The purpose of the corporation would be to act as trust protector, with the appointed board of directors constituting the committee of protectors.  In this situation, the trust protector can be more than one person, and a unanimous vote of all three, for example, would be required to take action.  However, extreme caution should be exercised.  First, any director that is a U.S. citizen or resident is subject to U.S. jurisdiction.  Second, appointing a family member or yourself to the board of directors may give rise to control issues.  This is why it is highly recommended to have at least one director be a nonresident alien and require that voting be unanimous — but never appoint yourself, as settlor, as protector.

Ok, it really isn’t that bad, say, as having the settlor as the protector (see below), but ideally it is best to have an offshore law firm protector or corporate protector act in such capacity.  However, as alluded to previously, significant control issues may arise when a family member, such as a spouse, or beneficiary of the trust is appointed as trust protector.  If chosen carefully, though, this arrangement could work.  Notwithstanding the latter, the ambitious creditor will always try to link your spouse or family member to the settlor in a way that implies that the former was acting under the behest and direction of the latter.  Again, it can be hard to prove, but it is an argument nonetheless, and it is one that a creditor can use against you to decrease your chances at a favorable settlement in the future.  In addition, having family members act as protector — if they are located within the United States — will subject them to the jurisdiction of the victim-oriented judges and juries; they may be compelled to terminate the trust or replace the trustee with someone else more sympathetic to the creditor’s cause.  Lastly, divorce or grudges between family members would leave them, as protector, with considerable powers over the trust and its assets.  Similarly, a beneficiary as protector would yield these same types of scenarios.

A settlor, or trust maker, serving as protector is only fodder to the person seeking to unwind the trust — the creditor.  This is because courts, time and time again, have held that control issues arise whereby the settlor, in his capacity as protector, still has control over the trust.  Naturally, then, the courts will use your “control” and order you to repatriate trust assets; if not, well, you may be held in contempt and jailed.  See the Anderson Case.  Likewise, the court can also use its sweeping powers to order you to terminate the trust, thus voiding its asset protection benefits, or even force you, under the threat of contempt, to hire a trustee more responsive to the creditor’s cause.  In essence, appointing yourself protector of the offshore trust would take the “offshore” out of “trust” and all of the asset protection benefits that go with it.

In conclusion, the trust instrument needs to be very specific and well-defined regarding the duties and negative veto powers of the protector.  It is recommended that the trust instrument also provide for the appointment of successor protectors and, if not already considered, such protectors should be located offshore.  This arrangement is meant to protect you, the trust and its assets, and giving proper thought to same is near-compulsory.

In fact, you may even share sentiment with The Man With No Name: “I’ll sleep better knowing my good friend is by my side to protect me.”