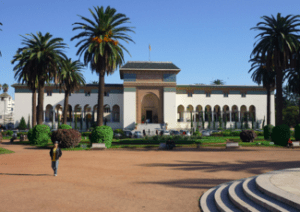 The enforcement of international judgments in the United States hinges on the procedure outlined by the state in which the judgment is trying to be enforced.  As a general matter, the out-of-country judgment must first be recognized, or domesticated, before being enforced.  This is clearly a public policy issue as some countries do not comport with the same notions of judicial fairness and impartiality as we do in the United States.

Thus, a party seeking to enforce an international judgment in the United States must first have a U.S. court recognize it as valid.  On September 30, 2015 the District Court of Appeals in Texas ordered the recognition of a $123 million dollar Moroccan judgment.

This case is of interest to Florida readers — where my law firm is based — because the Texas act on enforcement of international judgments is strikingly similar, if not near identical, to the Florida act.  Naturally, of course, both states have adopted and follow the 1962 Uniform Foreign Money-Judgments Recognition Act, albeit with minor revisions.

What follows is a recap of the facts and reasoning by the Texas Court’s decision, interspersed with my comments:

Before heading to the appeals court, the district court determined that

Morocco’s judicial system failed to provide impartial tribunals and procedures compatible with due process as required by the Texas Recognition Act.

The plaintiff (the person trying to defeat recognition) successfully persuaded the court that non-recognition was warranted.  He asserted, as per §36.005 of the Texas Recognition Act, that

Note that his argument was divided into two mandatory grounds and one discretionary ground.  The Texas act, just like the Florida act, provides for ten reasons for ground for nonrecognition.  Of these ten, three are mandatory reasons for nonrecognition and seven are discretionary.  The subject of this blog post, encompassing the brunt of the court’s opinion, is the first of these: due process, or lack thereof.

the judgment was rendered under a system that does not provide impartial tribunals or procedures compatible with the requirements of due process of law.

The Plaintiff, in support of his argument, offered the court the following facts about the Moroccan system of due process:

Though this evidence led the district court to find that Morocco’s judicial system was not compatible with the requirements of due process, we conclude that it does not present the entire picture. (emphasis added.) First, the court explained that in order for a foreign judgment to be recognized, the Texas act

Here, the court seemed to allude to the fact that if one were to look at recognition in terms of whether or not it complies with the “rigors of American due process,” the plaintiff may have succeeded, as he did in the District Court, in defeating recognition.

However, the court noted that it is only necessary that

the foreign judicial system…be ‘fundamentally fair’ and ‘not offend against basic fairness’.

In other words, the “foreign judicial system” in enforcement actions is looked at as a whole, or in the big picture of things, and not in light of any specific facts that the Plaintiff in this case offered the court.  On this point, the court stated that

In holding that the Moroccan judicial system, as a whole, was “fundamentally fair” and “inoffensive to basic notions of fairness,” the court stated the following, among other things:

Both in Texas and Florida, non-recognition is certainly a high bar to meet.  Of course, Morocco does not compare to other real-life kangaroo courts such as those in Iran and Liberia, as the court’s opinion suggests.  However, it should be noted that determining whether or not a foreign judicial system is fair is a factual analysis.

In this case, though, it does seem odd that despite indicia by very reputable sources (such as the United States itself) that Morocco’s judicial system is “permeable to influence and vulnerable to political retraction,” and that Moroccan judges lack independence, the fact that Morocco made strides of judicial reform and, by the testimony of experts, that it generally adheres to international standards, was enough to persuade the court that, as a whole, the Moroccan system is fair.