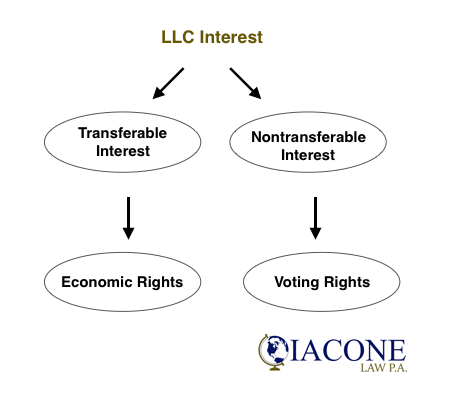 This is because in essence, the LLC is a contract between the members (the owners) and the newly created entity itself.  That being said, as long as your contract, or operating agreement, doesn’t violate the law or contravene the statute, there is great flexibility in how you structure the entity.

This point also emphasis the importance of having an operating agreement.  If you don’t, well, by default the statute is what governs your LLC and you could find yourself ultimately prejudiced by it.

Take for example the story of a recent client.

A client of mine and his business partner own a very successful printing company by way of a limited liability company (LLC).  Years prior their deal, by executive agreement (a handshake!), was the following: they would split the LLC interest, or ownership in the company, right down the middle.  All was dandy until it came time to buy equipment, lease an office, stack up on inventory, market themselves, and everything else in between that goes with starting a new business.

The business partner did not have the funds to contribute to the LLC.   My client agreed to purchase everything needed to get things going in exchange for his business partner’s promise — again, by executive agreement (a handshake!) — to later pay back the loan.  The terms of the loan, at least what my client could remember as nothing was formalized in writing, were the following: no interest, no due date and no promissory note.  In fact, my client told his business partner that he could “pay me back whenever you can.”  Hardly a loan, but hey, they were friends.

A couple of successful years later I received a call from my client (he was not my client at this point).  He told me his story and raved about the successes of his printing company.  However, he had grown a bit distant from his business partner and started to worry about his options in the event of a falling out.  There was no operating agreement that governed the partners’ relationship between themselves and with the LLC.  Any such delineation of their rights and duties in the company was reduced to handshakes and phone calls.  In addition, not a cent of the “loan” had been paid back.

Naturally, I was hired by my client to draft an operating agreement.  When I inquired about the loan my client remained true to his word: no interest, no due date and no promissory note.  In other words, he felt no need to have the loan memorialized in the operating agreement.  At the same time, however, my client felt that at least in theory he owned more of the company, and should there arise a partnership dispute that led to its dissolution, he felt entitled to a greater half.

Enter the World of the LLC Interest

I proposed they split their ownership in the LLC into two parts: (1) transferable interest and (2) nontransferable interest.  The latter, their voting and managerial rights, could remain as they originally agreed: split right down the middle with each partner owning a 50% right to vote and operate the company.  The former, their economic right to receive distributions and share in the profits of the LLC, however, would be split differently.

In order to compensate for the loan, my client could take a bigger percentage of profits from the LLC.  They agreed on 70-30 split of their LLC transferable interest.  My client would receive 70% of the profits while his business partner would only receive 30%.  However, once the loan was fully paid, their rights to receive profits in the LLC, or their transferable interest, would rebound back to 50-50.

His business partner maintained his equal share of voting and managerial rights in the operation of the LLC.  At the same time, he could start repaying the loan by shifting his share of profits in the company to my client, receiving 20% less each distribution.  And as both wanted, their was no interest, no due date and no promissory note.

Admittedly, this was an oddball set of facts.  However, it does go to show that having an operating agreement provides immense flexibility in how you structure your company, even when determining your ownership interest in the LLC.