Response to RFE on Ownership and Control of U.S. Entity 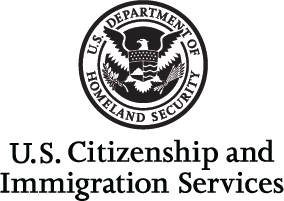 For purposes of L-1 Classification, the foreign entity must present evidence of ownership and control of the U.S. Entity in order to prove that a qualifying relationship exists.  My client’s business immigration attorney received a lengthy Request for Evidence, and I was asked to draft a letter addressing the ownership and control issue, as well as governance and contributions. After all, I created the business structure, so it seemed natural that I was tasked with explaining the parent-subsidiary relationship from a limited liability company law viewpoint.

By way of background, my client’s structure is as follows: Venezuelan owned foreign entity which owns 100% of the U.S. entity which is managed by the Venezuelan executive, who is the nonimmigrant intracompany transferee.  This structure is not complicated, especially when the company documents—operating agreement, articles of organization and membership interest certificate—are self-explanatory on the ownership and control issue, but alas USCIS seemed to need some help connecting the dots.  What follows is a redacted portion of the letter I wrote explaining these issues for USCIS:

Regarding the $100,000 in cash, please note that the Foreign Entity borrowed these funds pursuant to a duly signed Promissory Note and Corporate Resolution and had the lender, […], directly deposit this amount into the U.S. Entity’s business bank account.  This was done for logistics reasons and more so because of restrictions on wire transfers and currency controls stemming from Venezuela.

Lastly, ownership and control of the U.S. Entity exists because the Foreign Entity has the indirect right to possess and dispose of the assets of the U.S. Entity, as well as the indirect right to direct the establishment, management and operation of the U.S. Entity. Both rights are indirect because the U.S. Entity is a manager-managed LLC, meaning that the company manager, or executive, i.e. […], is the person that operates the day-to-day affairs of the LLC,[efn_note]See the Cover Page and Recitals, Section A, of the U.S. Entity’s operating agreement, as well as Sections 2.1 and 4.1.[/efn_note] although the Foreign Entity must consent and give permission to the manager to act concerning certain decisions.[efn_note]See Section 4.10, “Limitation on Power and Authority of Managers,” of the U.S. Entity’s operating agreement.[/efn_note] This is similar to the structure of a corporation wherein the officers/directors handle the day-to-day affairs, certain actions of which are subject to shareholder approval.

In conclusion, after review of all the corporate documents of [U.S.Entity], including the company operating agreement and certificate, and the LLC Statute, [Foreign Entity] owns and control 100% of [U.S. Entity].

Post: Response to RFE on Ownership and Control of U.S. Entity