LLCs as Creatures of Contract: Don’t Overestimate this Legal Fiction 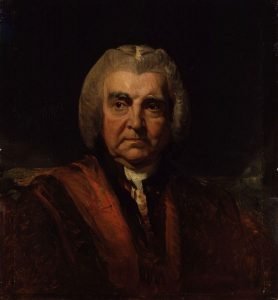 I recently sat down with a nonprofit to discuss the asset protection tenets of LLCs, among other things, and was particularly intrigued by where our conversation headed.  It was a smart group, to boot, so I took them on a ride all the way back to what LLCs are in their most primitive form: creatures of contract.

LLCs exist by virtue of state statutory schemes.  In Florida, the Revised Limited Liability Company Act (the “Act”) requires the filing of articles of organization with the Department of State in order to form the LLC.  The articles of organization is really just a contract between the parties, or owners, of the LLC and the State of Florida; it is this contract by which the LLC is born.  After birth, the parties have broad discretion in determining the character and purpose of their LLC, and have the option of further defining the rights and obligations of its members through an operating agreement, the latter of which is also a contract.

In essence, then, the structure and foundation of the LLC is based upon a nexus of contracts between different parties.  To that effect, LLCs basically have all the same legal rights and responsibilities as natural persons (human beings), and as such have the power to sue or be sued, incur liabilities, and enter into agreements, powers of which are defined in the Act or in the company operating agreement.  So while the LLC is technically not a person in the traditional sense of the word, the law has imposed upon it a legal fiction which states that despite being a creature of contract, the LLC is nonetheless treated as a person separate and distinct from its owners.

But this legal fiction is not to be overestimated.  Edward Thurlow, 1st Baron Thurlow, (pictured above) who was former Lord Chancellor of Great Britain, alluded to exactly this well over a century ago:

Did you ever expect a corporation to have a conscience, when it has no soul to be damned, and nobody to be kicked?

I will for now lay outside the fact that Thurlow was referring to corporations, and not limited liability companies, as the courts in the current era have (wrongfully, in my opinion) used well-developed corporate law theories to better interpret modern LLC law.  Moreover, Thurlow was speaking to the pointlessness of holding corporations criminally liable — they have no conscience and therefore cannot really be punished — although for purposes of this article his quote lends credence to the fact that while LLCs are people in one context, the extent to which they are people in other contexts is limited.

For example, LLCs are incapable of determining when the boiler on a rental property needs repair.  Likewise, LLCs are incapable of fixing that boiler before it explodes and injures its tenants.      Consequently, it is the human beings behind the veil of the LLC that make those determinations and repairs; after all, LLCs do not have a mind in which to think nor fingers in which to hold a hammer.

And it is this shortcoming which creditors use to their advantage to make the argument that the owners of the LLC, and not the LLC itself, are de facto personally liable to the creditor.  This is because in certain cases, as in the example cited above, it is impossible for the LLC to have done anything wrong — it is the human being who maintains the boiler, not the LLC, and therefore it is the human being who is negligent, not the LLC.  The fact that the LLC has the power to hold title and contract with tenants, just like real people, is irrelevant.

So the next time you hear that an LLC will shield you from the claims of your creditors, I suggest you heed the advice of Edward Thurlow, 1st Baron Thurlow, and spend some time analyzing the extent to which your LLC, despite being a person under the law, will really have your back when you need it.